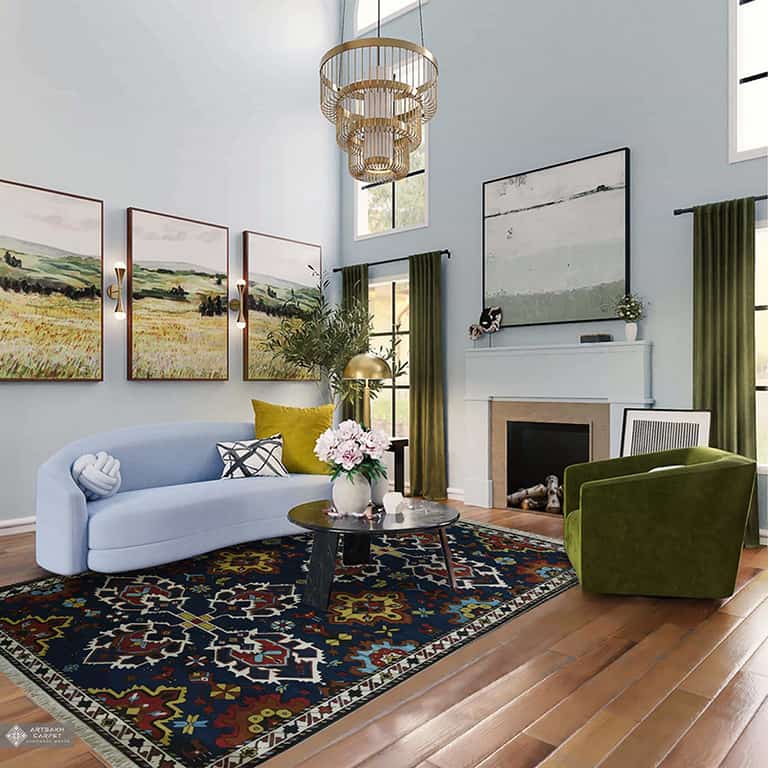 All processes are carried out completely by hand and are made of natural wool, dyed with high- quality dyes. 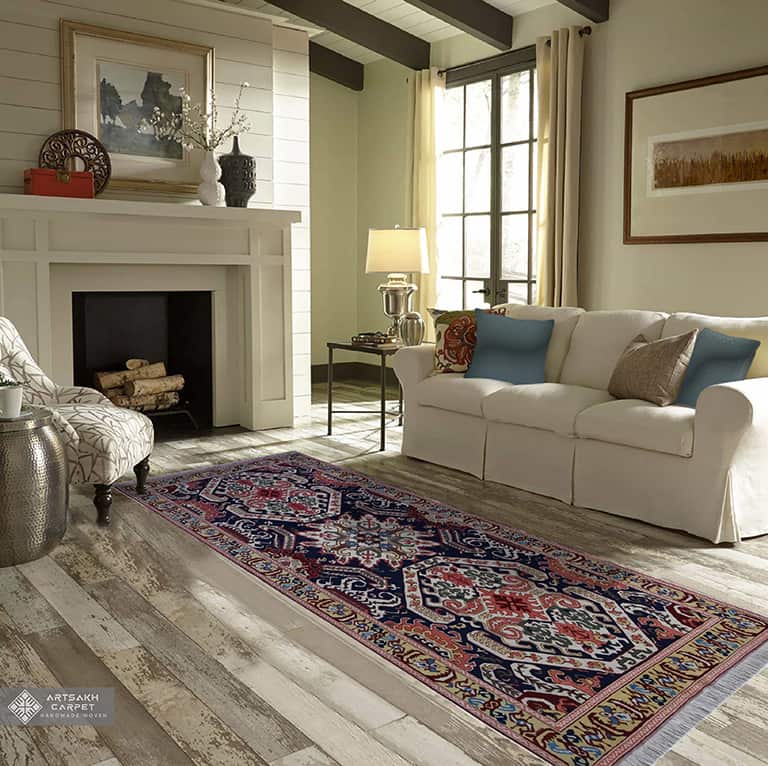 The company is a major manufacturer of a variety of Armenian, in particular, typical Artsakh rugs.

The Artsakh Carpet company offers a wide range of carpets and organizes delivery around the world. 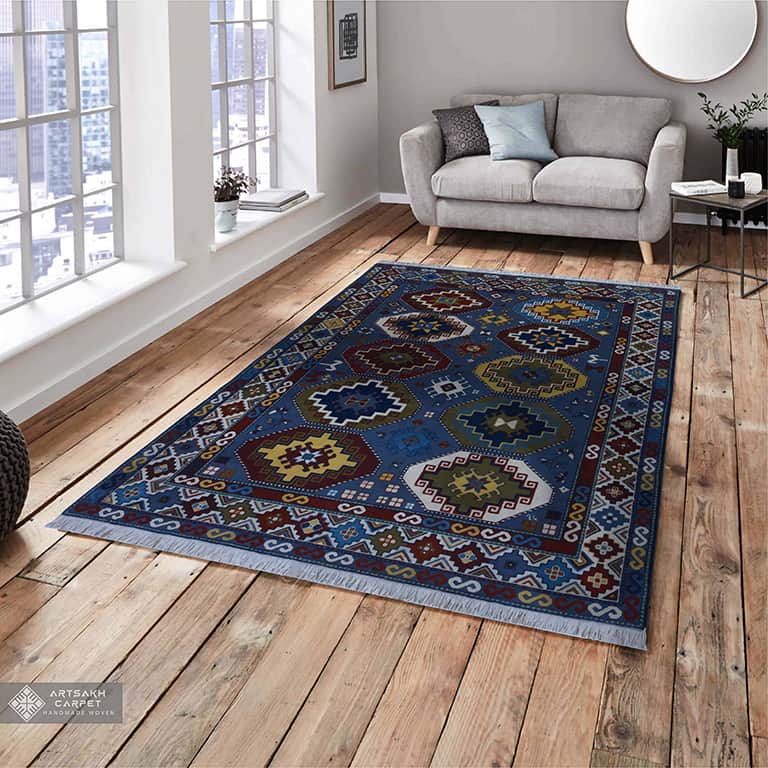 Each carpet is a unique product that reflects the most important values. 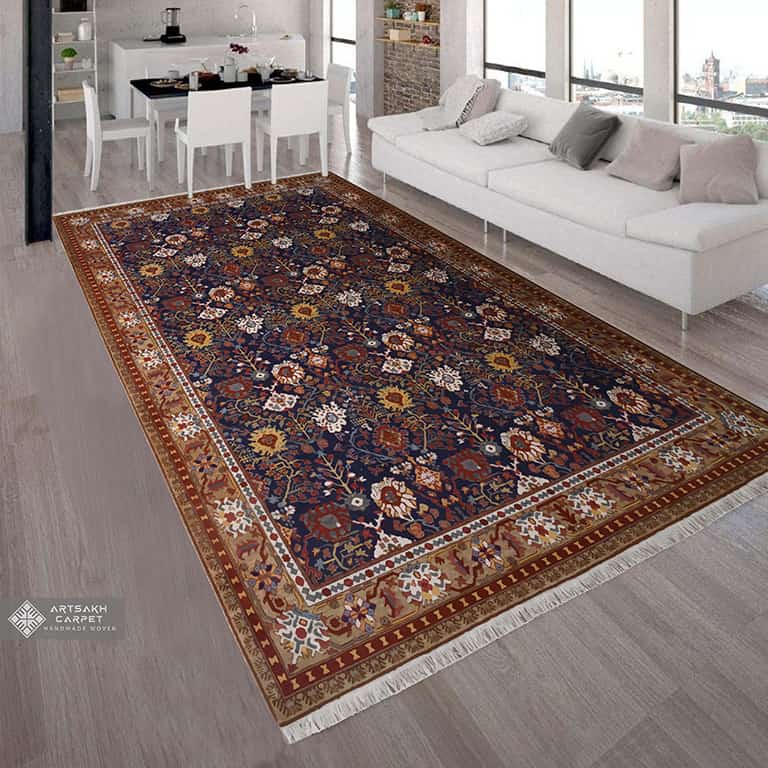 Our online platform presents handmade carpets created in different regions of Artsakh. Artsakh is one of the most important regions of Armenia, where applied arts and especially carpet weaving have been developed over the centuries.

Our carpets are woven from natural wool, dyed with high quality dyes.

All processes are carried out entirely by hand. Each carpet created by our experienced craftswomen, designers and technologists is a unique product of artistic creativity.

Usually, this brief information in the “About Us” section of a website representing a project or organization may be sufficient to provide visitors with an overview of the project's product or activities. If you are also satisfied with a few lines that give a general idea, you can go to other sections of the site, start getting to know our products.

But if you have a time and desire, you can learn more about us.

Armenian "product" or Armenian brand for All times

In the V-IV centuries BC Greek historian Xenophon in his work "Anabasis" mentioned the development of carpet weaving in Armenia and the production of expensive Armenian carpets: "One of the carpets brought from Armenia by the Dardanian commander Timasion cost 10 min (about 4.4 kg of gold)."

There are many references to the export of Armenian carpets to different countries and their popularity in the international market. Handmade carpets were the most famous and in demand among the goods exported from Armenia, therefore, in various foreign works, Armenian carpets were called “Armenian goods”, and Arab historians in their works called them "asnaf al-armani", that is, Armenian products.

Armenian carpets became very popular due to their quality, one of the guarantees of which was the breeding of special sort of sheep in the Armenian Highlands, from the wool of which fine and smooth yarn was produced.

Armenian woman at a loom with a carpet woven by her, 1930, Goris, Syunik, Armenia

Beetle from which the dye "Armenian cochineal" (Vordan karmir) was obtained

The tools of carpet weaving, the remains of carpets found in the course of numerous archaeological excavations, as well as the testimonies of many foreign historians and travelers, testify to the deep roots of the culture of Armenian carpet weaving and its spread in the region.

Today, many museums around the world keep exclusive samples of Armenian carpets.

The time chronology shows that carpet weaving has not ceased to be a favorite pastime of the Armenian people and has come down to us from the depths of centuries.

Herikverdi Harutyunyan, author of numerous carpets, 1978, on the balcony of her house with a carpet of her own work. Ptretsik (now Patara), Artsakh, Armenia Photo by V. Tatikyan

The mysticism of Armenian carpet or Dragon is kind

In ancient Armenia, the carpet was equated with sanctity, was an object of worship and, in the minds of the people, was the Universe.

According to popular belief, the carpet embodied the universe.

The Universe, in this case the carpet, contained a central medallion that symbolized the idea of life, eternity, light, the struggle for love and wisdom.

The carpet field symbolized the space of the Universe, where the symbols of earth, water, fire, sun, stars, plants, animals and people were located.

The carpet field ended on all sides with a strip that symbolized the protective rim of the universe.

There are many beautiful and high-quality carpets in the world, but, nevertheless, Armenian carpets stand out for their "unusual" qualities, they contain a special meaning, history or information, often secret signs. Can you imagine that Armenian carpets can be read ?

Armenian carpets depict life, love, eternity, as well as the elements of nature, various phenomena, for example, the constant struggle between good and evil. Other carpets symbolize fertility, protection of the family from evil forces or enemies.

Almost every pattern has a semantic content. And if you are familiar with the "alphabet" of Armenian carpets, then you can "read" the carpet or catch its content.

There are many types of Armenian carpets, but the most mysterious puzzle is Vishapagorg / Dragon Carpet.

The image of dragons in Armenian cave paintings, architecture, miniatures and carpet weaving is still in the focus of attention of many researchers in the world. But one thing seems obvious to everyone: the dragon in Armenia is kind, and its presence in carpets as a symbol of protection, personifies strength and goodness.

The dragon depicted in the carpets either protects life, new birth, or water and nature, fights against evil forces for the sake of life, in the name of love.

The art of carpet making

The process of making a rug is often compared to human life: knot by knot is tied with multicolored yarns, the rows are increased day by day and the patterns created by these knots gradually become visible. And finally, when the knots are tied, the image of the carpet is complete.

But before we get to the knots, let's go to the very beginning of creating the carpet.

In Armenia, carpets were mainly woven and are still woven from sheep wool. To obtain it, a special sort of sheep with long wool was bred in Armenia, during the processing of which they obtained high-quality soft wool with a special shine, which was one of the main advantages of the Armenian carpet.

Sheep breeding in Armenia has a long history

The culture of yarn making is an interesting but complicated process.

Before the sheep climb the mountains in the spring, their wool is sheared.

Shearing of sheep in Armenia is a ritual which came from ancient times. Since all the sheep had to be sheared on the same day, young people in the village gathered and started shearing at the same time. Usually it turned into a competition and the most dexterous and experienced young man in the village already determined to win.

This folk tradition has continued until the present day. Every spring or early summer a sheep shearing festival is held in Armenia, and it is one of the favorite events for locals and tourists alike.

Long and high quality wool was chosen for the yarn producing.

The sheared wool had to be washed, and this was already the work of young women, which was no less significant ritual. Village girls carried wool to the nearest river, made a pond from stones, and throughout the day, by hand or by feet, beat the wool down in the water until it became completely clean.

Clean and already dried wool had to be beaten down with a thin stick in order to make it softer and fluffier,

and only after that the wool was combed with a special tool-comb.

Then turn is for the spinning wheel is a wooden wheel that is constantly spinning, turning wool into thread.

Mostly a spinning wheel is used to make yarn, but older women nevertheless prefer an easier-to-use tool called a spindle.

A ready-made thread needs to be dyed. Yarn of different colors is needed to make a carpet. The common colors of an Armenian carpet are red - with all its shades, blue, yellow, brown, orange, etc. we have already mentioned. A variety of flowers, plants and roots are used to obtain paint.

The thread is dyed in special cauldrons, in boiling water on a fire.

And now almost everything is ready. The artist makes a sketch of the carpet, which became a part of the process of creating carpet much later, since in the old days a weaver simply created a pattern while working on the carpet.

Technical sketch of the carpet – schema, on the basis of which the carpet is made

The carpet is woven on a special loom called "dazgakh" or "tork".

When the preparatory work on the machine is completed, the main stage of carpet making begins: by tying the threads knot by knot, the carpet is created.

There is an interesting tradition - weavers usually sing songs, because the process of making a carpet is long, it lasts months or even years, and you should not be bored, you need to sing, talk with the carpet and bless it.

There is another tradition when removing a carpet from a dazgakh machine.

It’s said that in ancient Armenia, if a woman could not give birth, a special carpet was woven for her. Symbols of fertility were depicted on this carpet (usually they depicted almonds and little people).These carpets were called “Nshagorg” / Carpet-Almond ", which are known to this day and are widespread in Armenia.

The carpet was to be weaved by a close relative of a barren woman, who, throughout the entire process of creating the carpet, had to bless God, sing and praise him and pray to give a child to her relative.

When the carpet was ready, the woman who wanted a child lay under the loom, the carpet was cut and at this moment, for many months, concentrated blessing and good wishes, that positive energy that was transmitted to the carpet during its weaving, passed into the woman and she was ready to become pregnant and give birth to a child.

In Armenia and Armenian literature, there are many such types of traditions and folklore dedicated to carpet weaving.

Carpet weaving in Armenia has not stopped for millennia; it has been passed down from generation to generation and has come down to us, preserving traditions and technology.

In different parts of Armenia and Artsakh, carpet weaving enterprises operate today, where carpets and kilims are created.

Our company "Artsakh Carpet" was founded in 2013. In Artsakh. At the moment we carry out activities in Artsakh in the cities of Stepanakert and Chartar, as well as in Armenia in Yerevan.

The company employs about 100 people who complete each other every day to create handmade carpets and kilims.

The manager organizes the processes, the designer creates, the artist paints, the dyeing master dyes the yarn, the technologist monitors the processes, the carpet maker weaves the carpet and someone called a marketer talks about us. And so during these years we create carpets and kilims, which are presented both on this site and in the store in Yerevan (address - in the "Contacts" section).

Our main activity is the creation of carpets and kilims, but inspired by the rich theme of carpet ornaments, we produce tablecloths, scarves, bags, jewelry with carpet patterns. And if diapason of our product which we make increases, it will also be related to carpet patterns.

Thank you for getting to know us. Other sections of the site will be more interesting for you.

Get To Know Us

Watch The Process Of Our Work

Armenian carpet has always been considered the best and most expensive gift for friends, relatives and guests.
Thanks to the creative thought and taste of Armenian craftsmen, unique carpet designs were created, which have been passed down from generation to generation.
Today, our carpet weavers also act with great responsibility, which ensures the quality of the fabric, symmetry of patterns, beautiful and correct reflection of patterns on carpets.
Thanks to the boundless love and respect of the Armenian people for the applied arts and especially for carpet weaving, original and interesting carpets were created, which are now presented in various museums around the world. 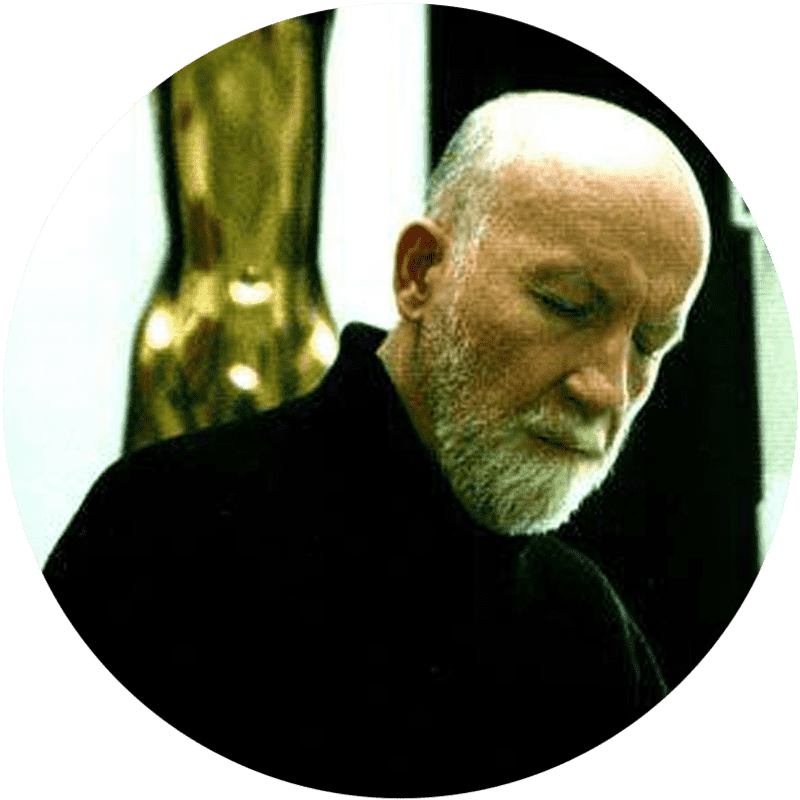 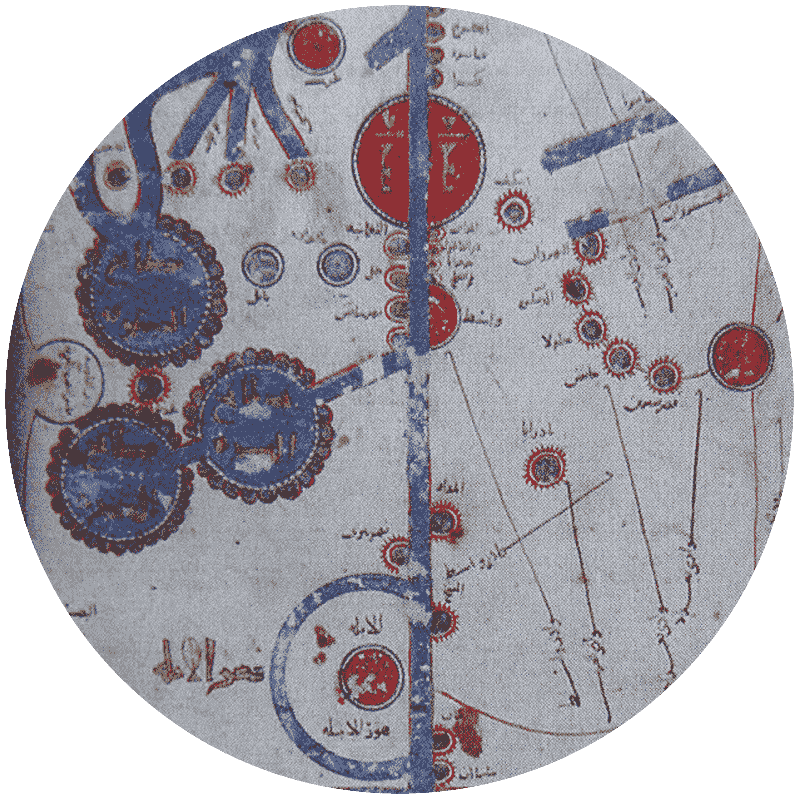 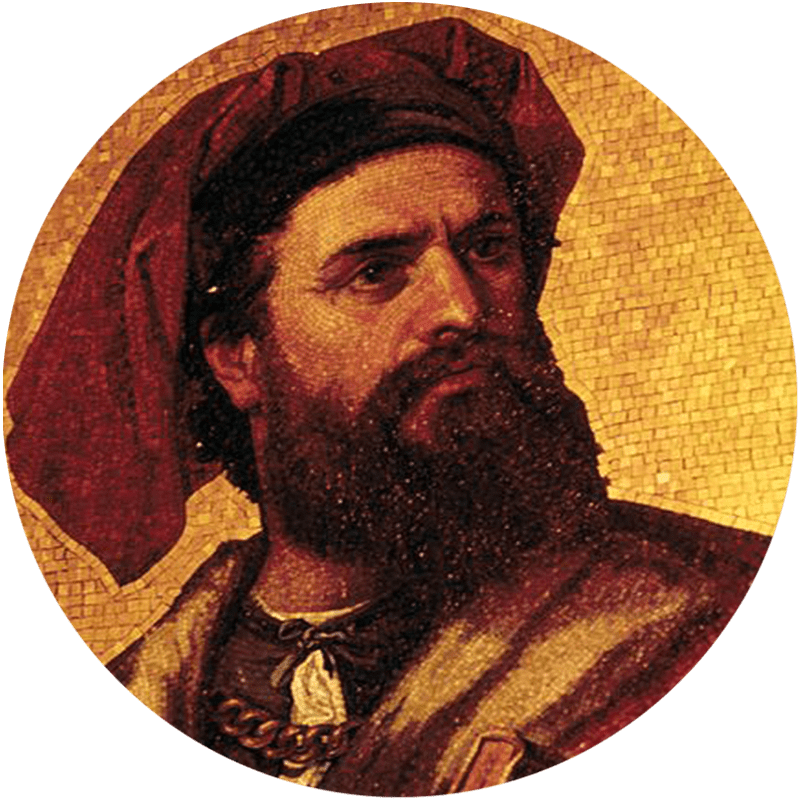 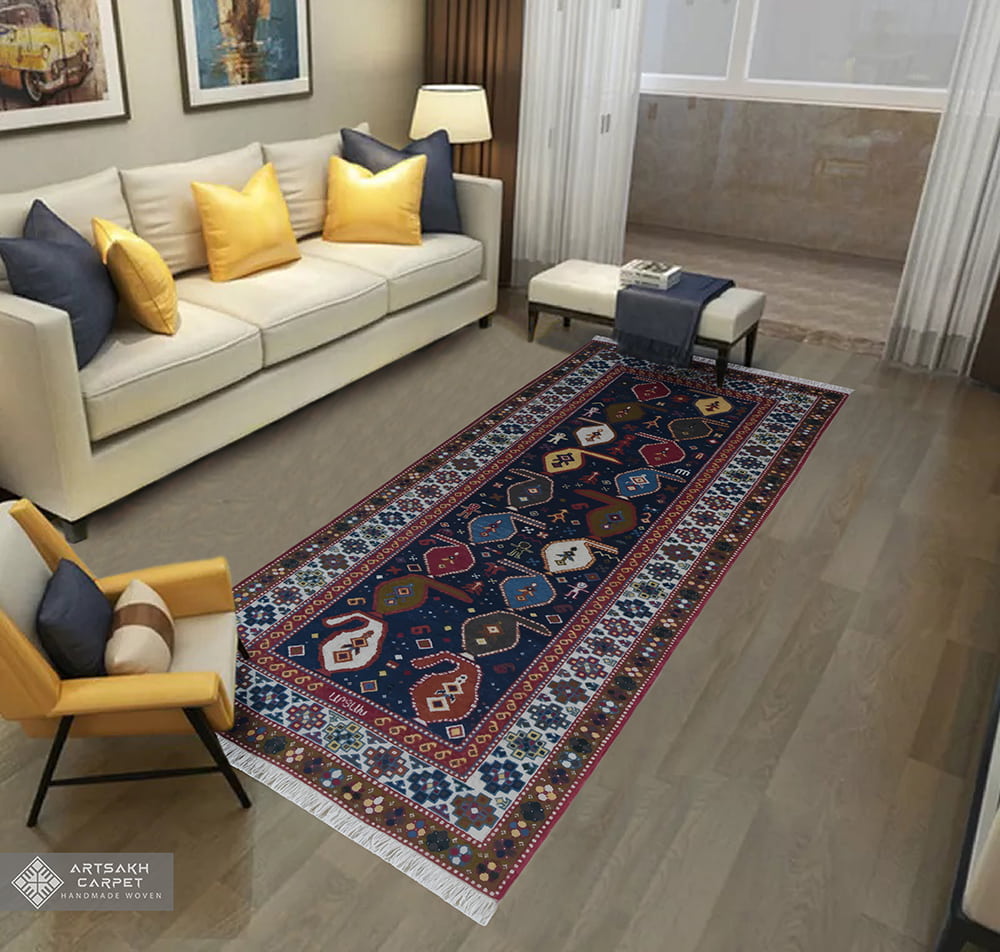 Most Armenian carpets have their own history. Many of them have semantic symbols, some of them contain a code "message". 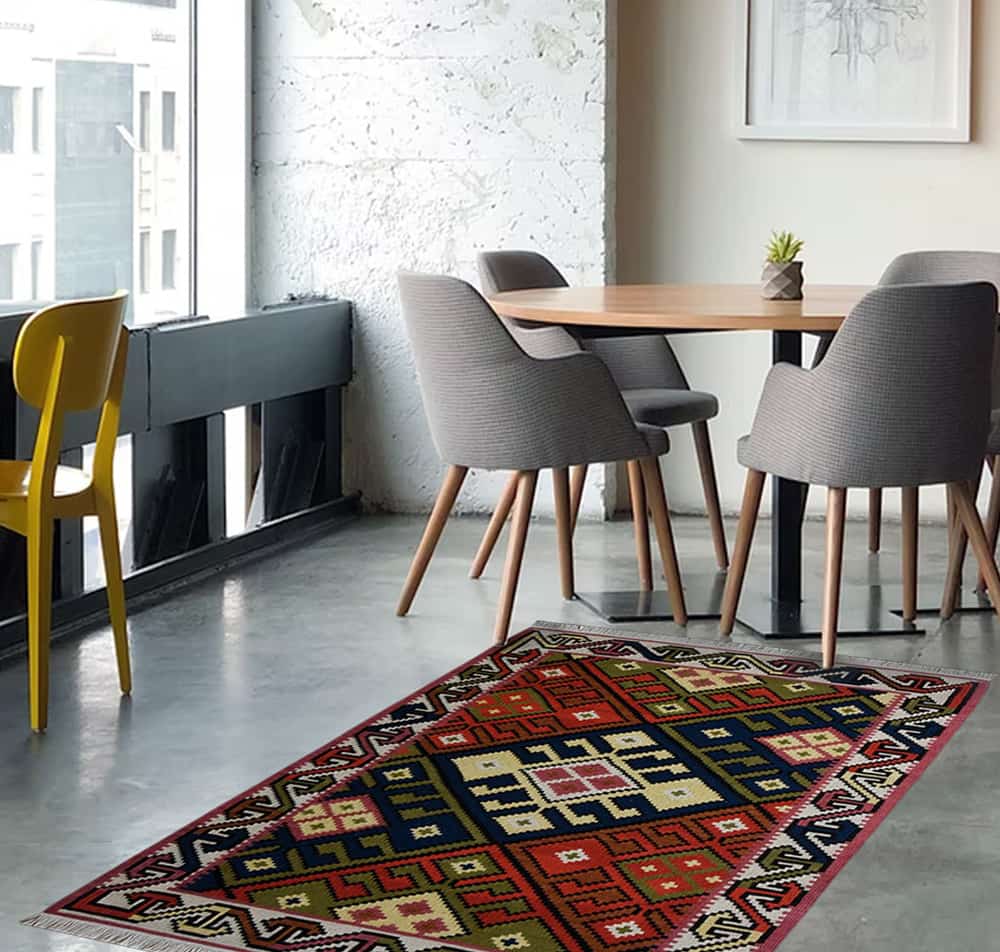 What is the difference between Rugs and Carpets?

The product has been successfully added